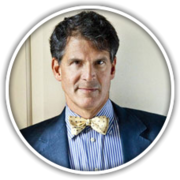 Dr. Eben Alexander, a renowned academic neurosurgeon, spent over three decades honing his scientific world view. During his academic career, he authored or co-authored over 150 chapters and papers in peer reviewed journals, and made over 200 presentations at conferences and medical centers around the world. He thought he knew how the brain, mind and consciousness worked.

That was until a transcendental near-death experience, in which he was driven to the brink of death and spent a week deep in coma from an inexplicable brain infection, changed all of that. On the seventh day,to the surprise of everyone, he started to awaken. Memories of his life hadcbeen completely deleted inside of coma, yet he awoke with memories of a fantastic odyssey deep into another realm. While his body lay in coma, Alexander journeyed beyond this world and encountered an angelic being who guided him into the deepest realms ofsuperphysical existence. There he claims to have met, and spoke with, the Divine source of the universe itself.

Alexander has been blessed with a complete recovery, and has written a book, Proof of Heaven: A Neurosurgeon’s Journey into the Afterlife. This story would be remarkable no matter who it happened to. That it happened to Alexander makes it revolutionary. No scientist or person of faith will be able to ignore it.