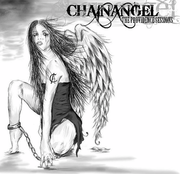 Join us at the one and only Retro Cafe to celebrate the release of the new EP, "The Providence Sessions" on May 28, 2011!

We'll introduce you to our new CD, play a short acoustic set, and then you'll have the opportunity to walk away with a copy of "The Providence Sessions" for $5! Or you can get our shorter demo version for free!

In the suburbs of Somewhere, USA, a young boy began a semi-reclusive love affair with music. Delving into genres as diverse as pop, black metal, and the classics of rock and pop of the 60’s and 70’s, Devin Ballard began soaking up the diverse styles and experiencing the artistry of hundreds of musicians. He became fluent in the language of music; fully understanding the story a good song is capable of telling, even instrumentally. He picked up his axe and began to tell the stories of his teenage angst and experiences with the voices of six nickel-plated strings. Using an old walkman voice recorder, he started a collection of these ideas and finally decided that he needed the collaboration of other musicians to make his ideas whole. Band members came and went, and finally the right people walked into the practice space; people who had enjoyed some of the same musical experiences, and with some influences of their own. James Phillips, an old school friend and Cartyr Thomas, a nearby singer, teamed with Devin to create a successful high school rock band called Coldsun.

Like all things in high school, the band proved to be temporary when all four members pursued different life paths, continuing their musical ventures with side projects. As time passed, James, Cartyr, and Devin realized how special their musical connection had been and have since joined forces once more to create an unforgettable, home-hitting sound. Almost exactly four years after the demise of Coldsun, the trio was repentant of their time spent apart and ready to release an EP under the new name, Chainangel.

Chainangel delivers a sound that truly embodies raw emotion in the most familiar and understandable musical form. No longer driven by teenage angst, the songs are inspired by relatable, relevant experiences like love, deep questions about life and control, and insobriety. The memorable melodies combined with edgy-yet-familiar musical riffs are sure to pleasantly reappear in the nooks and crannies of your brain for weeks after listening to the songs, though each person will find different parts of the pieces with which to identify.

James speaks about what compels him to express the innermost workings of his heart and mind though music: “I just don’t need anything else. I’m just in love… with music. I don’t think most people can understand that. You can have a passion for music, but to find a group of people to truly be in love with it… It’s strong.”

“The best part [about our music] is its sincerity. It ranges from the hardest metal riffs we thought you could handle to entire songs based on delicate acoustic finger-picking.” The musical diversity is designed to reflect the ups and downs of daily life to show how different some feel from day to day. “It’s about as close as it gets to a snapshot of our souls.” –Cartyr

“Our drug of choice is branded into our hearts until the day we die.” -Devin