THE INFLUENCE @ THE GREEN PARROT GRILL 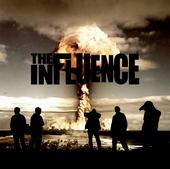 About THE INFLUENCE
For the past few years the Influence has been busy immersing itself into what has become a vibrant East Coast rock scene. Thriving on their hybrid fusion of acoustic and electric sounds, luscious counter-melodies and seldom heard five part harmonies, The Influence has established their presence amongst the elite rockers of today.

The five piece (originating from Virginia Beach) is influenced by the familiar sounds of the great 90s rock movement but is undeniably rooted in late 60s and early 70s rock sensibility. Matthew Archer Stephenson's smokey, Peter Gabriel reminiscent vocals provide a candid look into the harsher, more provocative themes usually locked deep within the vaults of the more tortured minds. Channeling the introspective and often desperate ideas set forth in the songs are the beautiful ever intermingling guitars of long time friends John Zontini and WIll Clarke. The passion set forth in the song is striking and effervescent when played in conjunction with the hard thumping beats of drummer Collin Cogan and Bassist Chris Tully. Their on stage delivery is pure chaos in its search for perfection. An influence show is pure expulsion usually leaving a stage dismantled and the audience enamored.

" It breaks musical boundries. A vacation back to the early nineties. It is post grunge excellence. It is alternative, acoustic, and unsafe. They are wonderful purveyors of melody and lyricism. They prove themselves as a talented entitiy capable of producing great period music and of packaging emotion and alternative rock into one sonically satisfying box to be opened"
Mace & Crown

RSVP for THE INFLUENCE @ THE GREEN PARROT GRILL to add comments!