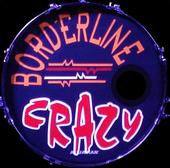 ROCK! DANCE! JUMP! & SHOUT!!! If you have been to a Borderline Crazy show, more than likely, you have done one (or all) of the above! Borderline Crazy is one of the most popular full-time, professional cover bands in the Hampton Roads area. They have years of experience playing every type of venue including, but not limited to: Colleges, National Conferences and Charity Events, Clubs, City Sponsored Events, Weddings and Corporate Events. They've even had the pleasure of sharing the stage with such artists as C.C.R., Edwin McCain and Fast Ball. After several different line-ups, they have finally hit the JACKPOT! With Michele Hover on Lead Vocals, Diego Gomes on Lead Guitar and Vocals, Ernie Sines on Drums, Vocals and Keys, and Carson Lambasso on Bass and Vocals, Borderline Crazy has widened their spectrum of music to great lengths. Their roster of covered artists range from Led Zepelin to Blink 182, The Beatles to Phish, Kelly Clarkson to Alicia Keys and so on...Also, all 4 members of the band are skillful lead and back-up vocalists, which adds a whole new dimension to their performance. They also have a special treat at the end of 99% of their shows when Ernie tickles the keys with amazing finesse and style!!!! You gotta check it out! For the past year, they have also been playing acoustic shows, featuring Michele on Vocals, Diego on Acoustic Guitar and Vocals, and Ernie ..s, Bongos and Vocals. But don't be fooled to think these acoustic shows are any less "energetic" than full band shows! They bring the entertainment and energy to every show!
8 to 12